As most of you aware, Zika virus has just hit Singapore, with the number of infections growing every day. Our store does carry some items for insect protection and you can find them here:

But, and it is a big but, do not use these if you are pregnant. All our mosquito sprays, bands and lotions are DEET-free and because of that do not provide sufficient protection. They are fine for use on small kids, for which DEET is too poisonous, but if you are pregnant, you absolutely must use either DEET and picardin (aka icardin) based sprays and lotions.

Yes, DEET and picardin are somewhat poisonous, yet they have been shown safe for pregnancy, which means either they do not penetrate the placenta or penetrate in such small amounts that is not dangerous to the fetus. You can read this article for more info: http://www.nytimes.com/2016/04/05/health/zika-virus-deet-pregant-women-safety.html

Note that you need a spray that contains at least 20% of either DEET or Picardin. Our quick check at Unity pharmacy revealed one DEET product with 15% DEET and another icardin product with 10% icardin. Sorry, but these are not good enough!!! You need at least 20% concentration for the spray to last long enough. If you cannot find a product with more than 20% concentration, then use a more diluted one but apply it more often (every 2-3h instead of every 7h).

Also, note that instead of DEET you may see N-Diethyl-meta-toluamide or diethyltoluamide on the label. It is the same thing.

Also note that it is still unclear whether Zika is safe for adults and children. While infection does undergo mildly and sometimes there are even no symptoms at all, some doctors suspect there could be longer term effect on the brain's part responsible for memory storage. You can read more in this article: http://www.independent.co.uk/news/science/zika-alzheimers-effect-adults-symptoms-causes-what-happens-latest-study-a7198876.html

Zika can also be sexually transmitted from husband to wife, so please practice safe sex if you are pregnant. Zika virus can remain in semen for months, even in men who had very mild infections.

P.S. Another question on everyone's mind is whether Zika is going to spread, and if yes, to which areas, so as to avoid visiting these areas as well. While we are hoping and praying that it will not spread, if it does, it is more likely to appear in the the same areas as the current Dengue clusters. Zika is spread by exactly the same mosquito that spreads Dengue. Dengue clusters usually indicate locations where the concentration of such mosquitoes is higher than norm. Hence, if Zika does spread, these Dengue clusters will become the more likely areas (but nobody knows for sure). Here is the up-to-date list of Dengue clusters:

This map is updated daily. Most clusters are in the eastern part of Singapore, for some unexplained reason. 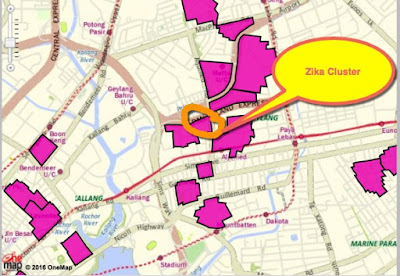 Posted by Vitali Zagorodnov at Wednesday, August 31, 2016 No comments: http://www.pupsikstudio.com/shop-by-brands/tula-baby-carrier?dir=desc&order=created_at
Posted by Vitali Zagorodnov at Thursday, August 11, 2016 No comments: New to Pupsik: 3 new Lillebaby carrier designs! For a limited time, get 15% off all Lillebaby + save additional $10 off $200 with coupon code TAKE10.

http://www.pupsikstudio.com/shop-by-brands/lillebaby-baby-carrier?dir=desc&order=created_at
Posted by Vitali Zagorodnov at Wednesday, August 10, 2016 No comments: Use this link to purchase:

Overcast is coming soon too (sorry no pre-orders for this design).

Posted by Vitali Zagorodnov at Wednesday, August 03, 2016 No comments: